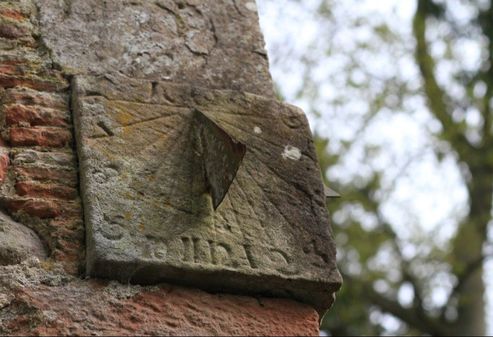 Before the reformation Mertoun Kirk belonged to the Abbey of Dryburgh which was founded on St. Martin's Day 1150 A.D. Mertoun Kirk was dedicated to St. Ninian and was consecrated by David De. Berham Bishop of St. Andrews in 1241. The clergy were found from among the canons of Dryburgh. The earliest known is William, Dean and Vicar of Mertoun 1465A.D. The site of the original church is in the Old Kirkyard, three-quarters of a mile to the east of the present building and overlooking the River Tweed. The Aisle of the Hepburne-Scott family now in a state of disrepair is thought to incorporate the ruins of the old Church.

The present church is a simple Post Reformation Scottish Kirk. Built in 1658, renovated in 1820 and enlarged in 1898. It remains plain, with clear glass windows and wooden pews. The bell, dated 1707 was rehung in 1985. The oak stock and ironwork was renewed by local tradesmen. Local craftsmen have continued to provide lecterns, lamps and fittings to suit the church.

The clergy go back to Andrew Hegy, 1569 to 1580. Mertoun Kirk remains the parish church for Bemersyde, Dryburgh and Mertoun.