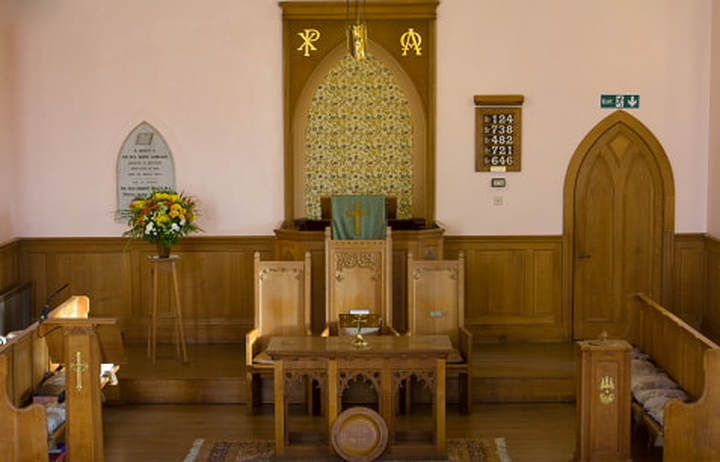 Chi Rho
The Chi-Rho (prounounced kaɪ roʊ); also known as chrismon is one of the earliest forms of christogram, formed by superimposing the first two (capital) letters—chi and rho (ΧΡ)—of the Greek word for Christ ΧΡΙΣΤΟΣ  in such a way that the vertical stroke of the rho intersects the centre of the chi. The Chi-Rho symbol was used by the Roman emperor Constantine as part of a military standard.

​Alpha and Omega
This statement of eternality could apply only to God. It is seen especially in Revelation 22:13, where Jesus proclaims that He is “the Alpha and the Omega, the First and the Last, the Beginning and the End.”
​ 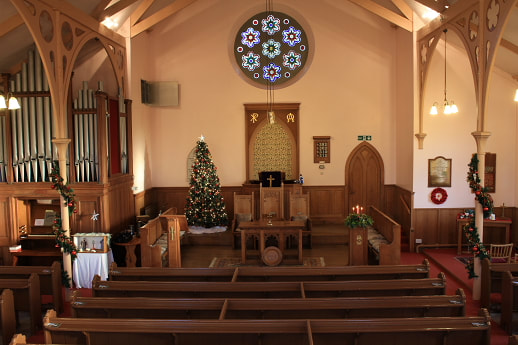 Newtown Interior at Advent
The Organ
The box plan Newtown Church Organ is a fine example of the work of James Jepson Binns  (1855 -1928) who was a successful and prolific Yorkshire organ builder. Many of Binns’ smaller organs survive in churches throughout the UK. Perhaps the most famous Binns organ is Organ No 552, a 4 manual 59 stop instrument installed in the Albert Hall.
​

Inside the Newtown organ is the inscription “To the Praise and Glory of God, this organ is presented to Holy Trinity Church, Hough End by James Jepson Binns,  1896”. It had been a gift from J. J. Binns to his own congregation at Holy Trinity Church, Hough End Bramley Leeds.  In 1958 the price inclusive of installation at Newtown Church was £500 (Quoted by Messrs Marshall Sykes, Bramstan Organ Works in Leeds). Despite some reservations from the Kirk Session and organist at the time the organ was installed and dedicated on 12 October 1958. 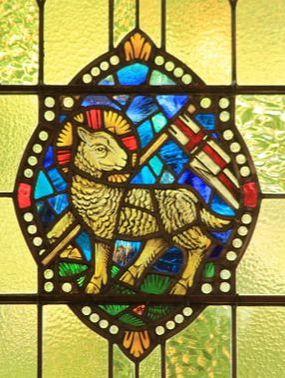 The Stained Glass
Designed and installed by specialist glaziers Messrs Cunningham Dickson and Walker of 31 Frederick Street Edinburgh. They depict Agnus Dei, St Matthew, St Mark, St Luke, St John, St Ninian, St Cuthbert, St Kentigern and St Columbus.
​
Five windows installed by Messrs Andrew, George and William Ker were dedicated in a service on 3rd February 1963 by the Very Revd. Dr. A. C. Craig. A further four stained glass windows in the South West wall were gifted in memory of Andrew Ker (1887 -1963) by his widow Elizabeth Little. These were also dedicated at a special service by the said Dr. A. C Craig  on 16th May 1965. On this day 174 members received the elements from a roll of 425 members.